I have many quilts in my head, some in my sketchbook. This one was not one of those. This one went from idea to finished quilt with only a few distractions, even with a few quilts waiting in line to be finished. It is not an original design (in symmetry it is known as Trihexagonal Tiling), but what drew me to it, was a challenge – of figuring out how to cut and piece it without too much trouble. 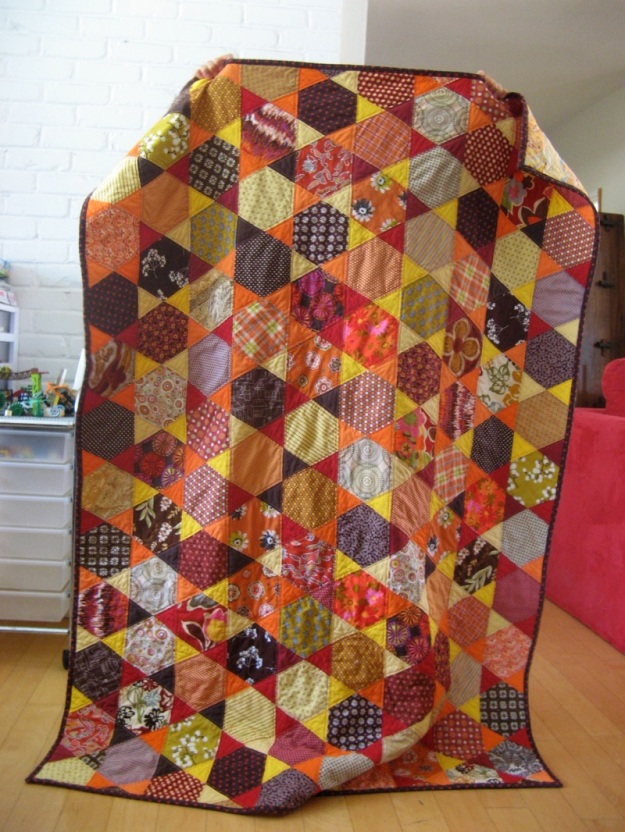 I saw this design/block in two books, basically at the same time. The first book was Kaffe Fassett’s “Quilts en Provence” (specifically the Sherbet Quilt) and the second a book of Japanese quilt blocks which I flipped through in a bookstore. What I disliked about either was that cutting/sewing the block seemed to be very complex – Kaffe’s method actually involved foundation piecing – way to involved! I also wanted to avoid cutting triangles… 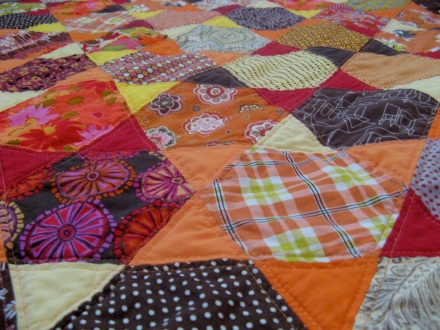 So I came up with my own method, which I will describe in the next post. And I truly will because I already made up all illustrations, so it’s ready to go. It involved cutting a bunch of hexagons and a bunch of diamonds. And the piecing wasn’t too bad at all (straight line only, even with the hexies). 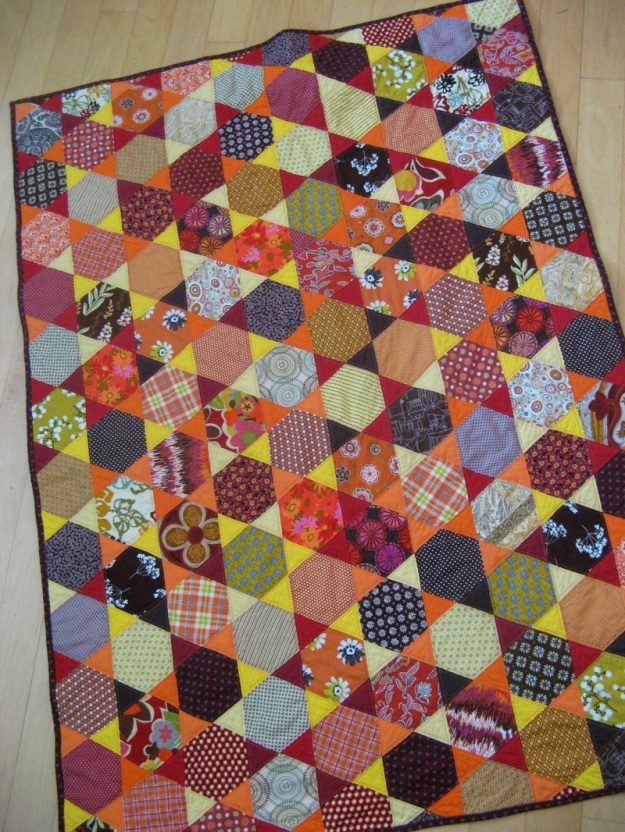 The colors I chose were a bit different from what I’ve done in the past – but I seem to be continuing with the “no white” theme I started later last year. Definitely a challenge. 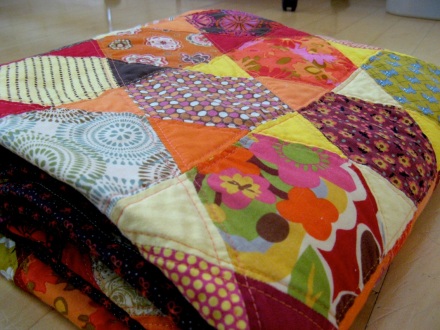 But I like how it turned out. The colors are mostly orange, red and brown, but they are bright enough not to make the quilt boring. I stayed away from any blues, even green-blue – which was another challenge since I was working from my stash, didn’t want to buy anything new, and wanted to have many different fabrics. I ended up using 40-someeting different prints. 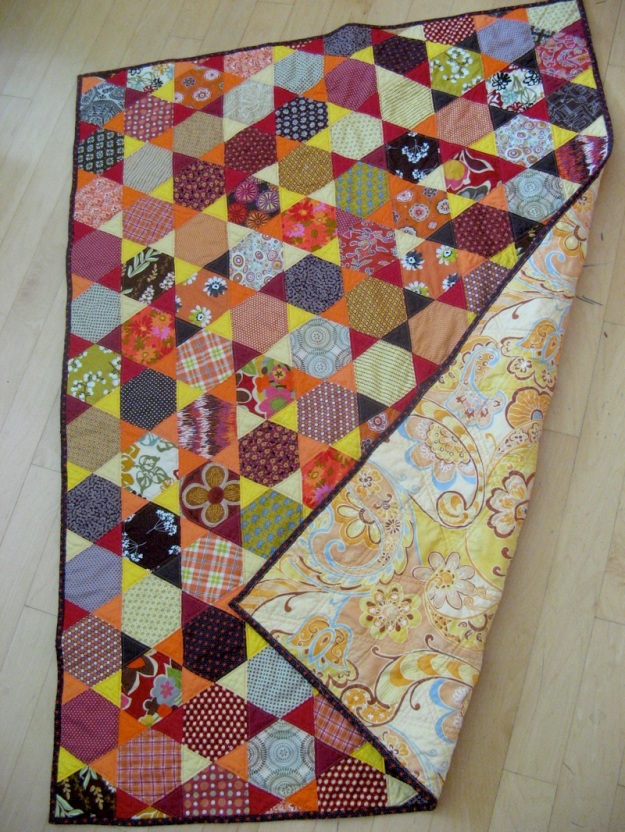 If I get to it, I might make another one of these – this is a very versatile pattern, which can be made into many different designs.

For the back I used a thrifted cotton (organic!) sheet. I like the look of pieced backs, but generally I feel I have no time for that… 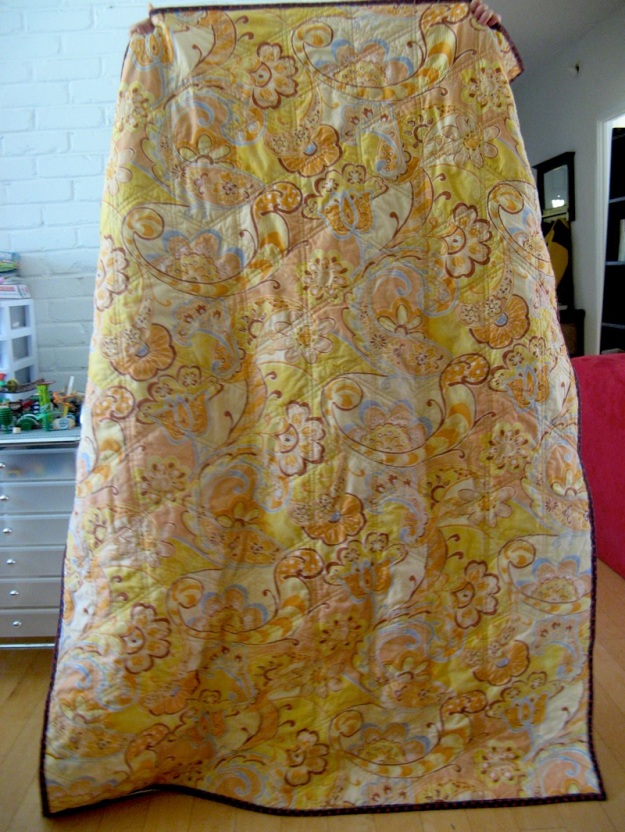 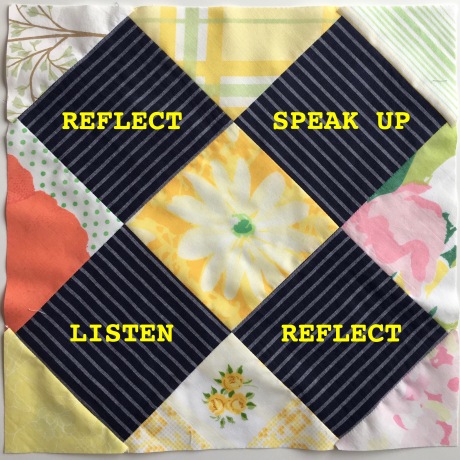 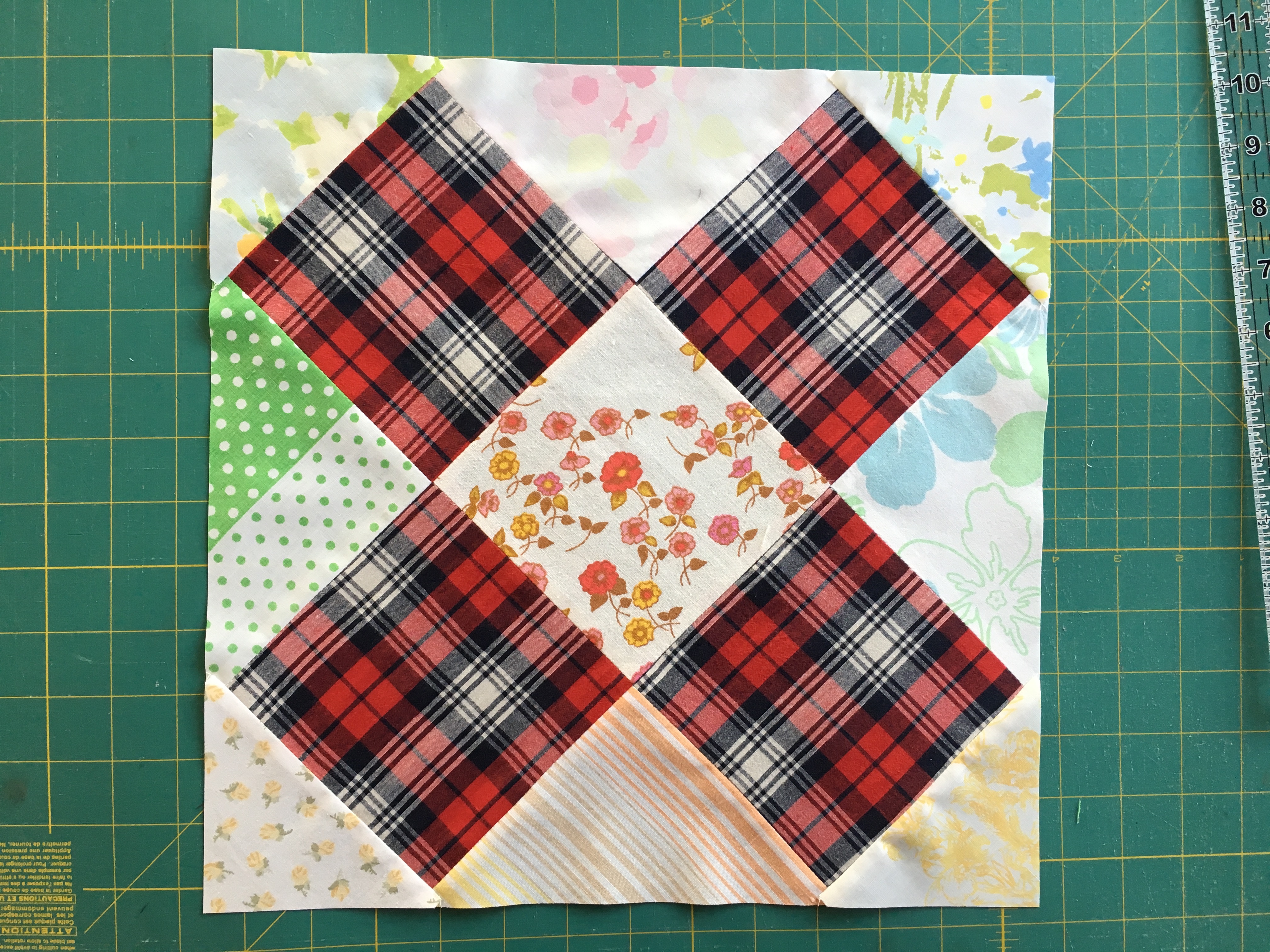